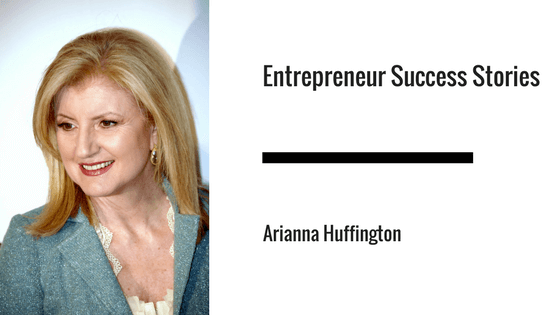 Born in Athens, Greece, on July 15, 1950, Arianna Huffington is a shining example of someone who has “conquered the world” with her amazing talents and her climb over the years to a net worth of $50 million as of October 4, 2016.

Arianna moved to England when she was 16 to pursue her studies. She later graduated from Cambridge University with a master’s degree in economics. At 21, she became president of the famous Cambridge Union debating society. After graduation, she worked as a critic, columnist, and television host.

Among her many accolades, in 2009 she was named number 12 in the Forbes “Most Powerful Women” list and also named to their Most Influential Women in Media.” She also appeared in the Time Magazine’s list of “The World’s 100 Most Influential People.”

Many know Arianna as the founder of the online news magazine, The Huffington Post, as well as being the founder and CEO of Thrive Global. She also continually strives to better readers’ lives by the advice of her fifteen international bestselling books. Her first book, in 1973, was one of her career bestsellers that brought her success and fame, ‘The Female Woman’ having to do with the feminist movement.

Arianna moved to New York in 1980. When she founded The Huffington Post in May 2005 and became the editor-in-chief six years later, she created a unique blog and news site that created an online source of critical political, news, and cultural observations. That proved to become one of the internet’s most linked to, cited, and widely read media groups. It was the first digital media group in the United States to win a Pulitzer Prize for national reporting; that occurred in 2012.

When AOL Inc. acquired The Huffington Post in 2011, Arianna was made its president. She also became one of the Republican Party’s most influential speakers, and in 2004 she spoke at the College Democrats of America that was being held at the same time as the 2004 Democratic National Convention.

In August 2016, she launched and became the CEO of the helpful Thrive Global, a productivity and well-being platform for companies and individuals throughout the world. Its mission is to change the way we work and live by providing seminars, e-courses, and training sessions combined with ongoing support and coaching to increase productivity and to improve people’s health.