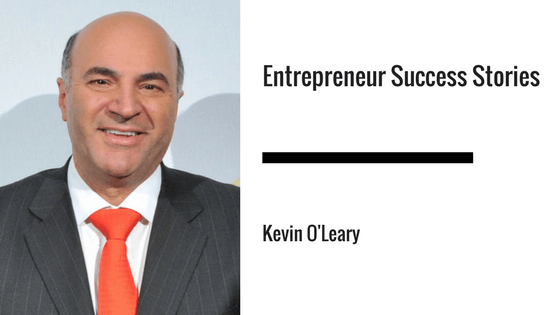 Today, Kevin O’Leary is known as one of the “sharks” on the popular television show Shark Tank. However, he was and still is, a highly successful businessman and investor before television. In fact, his personal net worth is approximately three hundred million dollars.

Creation of SoftKey
Kevin O’Leary made a large portion of his fortune as the co-founder of SoftKey. SoftKey created and sold a lot of popular home computer software on CD-ROM. He began SoftKey in 1986 – right out of his basement. He had just ten thousand dollars to start with, which was an investment he secured from his mother. Eventually, Kevin O’Leary was able to grow SoftKey to be large enough to acquire many competitors, and become The Learning Company. In 1999, SoftKey was sold to Mattel for approximately four billion dollars.

Early Years
Before Kevin O’Leary created SoftKey, he began his professional career by working at Nabisco Foods. At Nabisco, Kevin O’Leary was able to increase sales for Nabisco’s cat food product. After this stint at Nabisco, Kevin O’Leary made another stop before SoftKey. This stop was another entrepreneurial endeavor, where he started Special Event Television. This was a production company for sports television that had some success, though not nearly as much as SoftKey would. After selling SoftKey to Mattel, Kevin O’Leary became very popular on Canadian television, commentating on financial and political issues. This led to being hired as one of the investors on the American television series Shark Tank in 2009.

Television
On Shark Tank, entrepreneurs pitch their business idea to secure investments. Kevin O’Leary is known to be extremely brash but negotiates unusually with contestants he does believe in. With his Shark Tank experience, Kevin O’Leary went on to host, as well as produce, Redemption, Inc. On this show, former inmates compete to come up with the best entrepreneurial project.