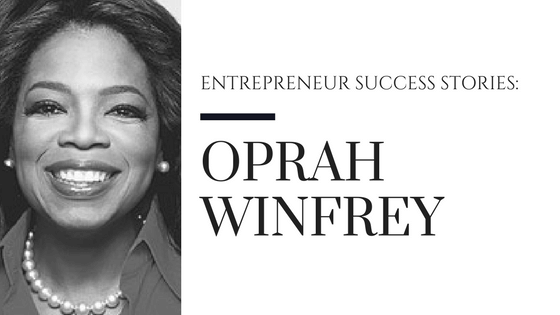 On a farm in Kosciusko, Mississippi in 1954, a baby girl was born to an unwed, teenage couple. Shortly after it’s birth, the parents abandoned the child leaving the baby’s maternal grandmother as it’s primary, and only, caregiver. Although flourishing socially and intellectually, the child was moved to her mother’s home in the urban ghetto of Milwaukee, Wisconsin at the age of 6. Due to the lack of parental supervision, sexual abuse occurred regularly resulting in belligerent and delinquent behavior. By the age of 9, the young girl was sent to live with her father in Nashville, Tennessee. Despite the cards dealt to her and the obstacles faced, this child grew up to become Oprah Winfrey.

In an interview with Good Housekeeping Magazine, Oprah credited her father’s disciplinarian parenting for changing the course of her life. “My father…insist[ed] that I be more than I was and [he] believ[ed] I could be more.”

Through her father’s guidance, Oprah became a public speaker and an honor student, earning her a scholarship to Tennessee State University with a major in speech and drama. By her sophomore year, Oprah was approached with an offer for a co-news anchor position by Nashville’s CBS affiliate, WTVF-TV, making her Nashville’s first female co-anchor, as well as the first African-American co-host.

After multiple years as a co-anchor, Winfrey realized she was far too empathetic to distance herself from her work and was subsequently fired from her position.

Within months of losing her job, Oprah was offered a gig hosting a poorly rated morning talk show, “AM Chicago.” The show went from the lowest-rated talk show to the highest-rated one in Chicago in less than half a year. Three years later, the show was renamed, “The Oprah Winfrey Show.”

Oprah transformed her career in 1986 when she founded Harpo (Oprah spelled backward) Productions and negotiated ownership of her show. Harpo Productions went on to produce profitable spin-offs, such as “Dr.Phil” and “Rachel Ray.”

After coming such a long way from being the poor child wearing potato sack overalls, Oprah refuses to forget her heritage.