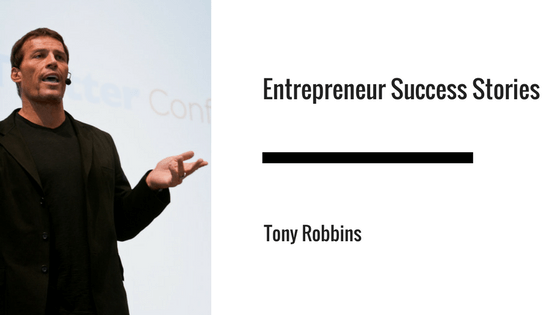 Born Anthony J. Mahavoric of Croatian origin in North Hollywood, California, on February 29, 1960, he eventually became famous and gained a lot of recognition known as Tony Robbins after having decided to use his stepfather’s easier surname of Robbins. He worked continually and diligently over many years to become a celebrated self-help coach and guru, a motivational speaker, and a prolific author to give people methods of self-improvement. He also created a multifaceted business empire, and all of his endeavors resulted in a net worth of $500 million as of May 1, 2017.

Seminars
Robbins’ popular and innovative seminars include, among others, ‘Mastery University’ with techniques for business leaders to grow and manage their businesses, the four-day ‘Unleash the Power Within’ to show successful people how to overcome their fears, ‘Leadership Academy’ which enabled him to become a featured speaker on Learning Annex’s seminar circuit. He was also prominent in television infomercials, DVDs, and audiobooks.

All his seminars, books, television appearances, and other activities encourage his participants to break conventional fears, make optimum use of available resources, how to accumulate additional wealth, ways to enhance and maintain personal relationships and communication, the importance of health and energy, and much more.

His inspiration was from his early working under motivational speaker John Rohn with Rohn’s philosophy of success and happiness being hard work and what a person does with the resources that become available in life. Robbins also introduced much-publicized ‘firewalks’ into his seminars after learning in 1983 how to do so from Tolly Burkan, the father of the global firewalking movement.

Author
Robbins is well-known for his inspirational books which include ‘Unlimited Power,’ ‘Awaken the Giant Within,’ ‘Giant Steps,’ and ‘Notes from a Friend.’ His technique, ‘Neuro-Associative Conditioning’ and his many speeches and writings provide personal development in all phases of a successful life.

Other Accomplishments
He has been featured in prominent magazines such as Newsweek, Fortune, Time, Forbes, Vanity Fair, Businessweek, and others. He co-hosted ‘Oprah’s Lifeclass’ on the OWN Network and even had her perform one of his firewalks.

As an extremely successful entrepreneur, he serves as Chairman of seven privately held diverse world-wide industries that specialize in business services, education, media production, hospitality, and nutraceuticals. He founded the Robbins-Madanes Center for Strategic Intervention, which creates programs and training materials regarding family, personal, and organizational psychology.